Thesis: We exist for a relationship with God—should we choose—for both Jew and Gentile, the choice is ours to make. The evidence in the Scriptures is designed specifically to make this one main point.

The overarching theme of the WindowView is "Science and Scripture in Harmony." This itself is a thesis statement. This theme implies the reality we humans experience is truthful from both a scientific and a scriptural—evidence based—perspective. Two spheres of evidence contribute to our understanding of the present and the future.

The window's Science Area addresses topics that reveal life is special and not by chance. From this perspective, the scientific data are not in conflict with Scripture and serve to open our eyes to the awesome nature of our being here! With this context in place we are free to address other perspectives within the window's viewing areas. While the Bible states God created, the window opens to scientific evidence without pressing use of the word "creation." Discussions on creationism and evolutionism distract from an uncluttered look at the 'naked data' and what that reveals—there are indeed the "Ah Ha!" moments to be realized here. Getting away from assumptions and dogma opens the window completely to what can be stated objectively.

Something similarly awesome opens the window from the evidence offered in the Harmony Area. There is something of an uphill struggle due to bias that understandably comes out of historical events—including the horrific events during the holocaust, pogroms, and Spanish Inquisition. These topics are not a main focus here, simply because Scripture was 'standing evidence' throughout all these historical events. [one exception here is the section providing a reflection on holocaust remembrance] What Scripture says then and today, is what matters. In fact, a scriptural context for the evidence in the biblical text addresses humanity's need for God even in hours of tribulation. This is true, as Scripture relates, for the past and in the future. And that is a key point, because the window's main focus is on the future and not the past. 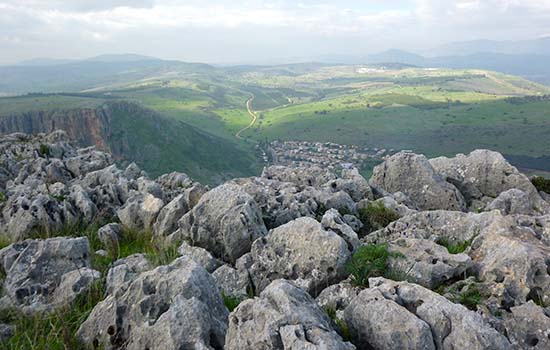 Some points to consider as you view the articles within the window's Harmony Area:

The Harmony Thesis is simple in posing the statement that both Jews and Gentiles will focus on the Messianic identity to reach a Kingdom Era described in Scripture. This is reasonable in light of evidence from science and how humans now cause change on and to the planet that presently sustains material life. Changes now and to come are reason enough for Scripture to promise a renewed earth for the Kingdom period. Further, reaching the Kingdom requires Israel's existence and a response to Messiah by the Jewish people. Again, this is only obvious by a review of longstanding evidence found in Scripture.

Israel today could easily make the connection. There are in fact Jews alive today who have had their heads and hearts turned by a reading of Isaiah 53. But Messiah is alluded to early on. The first reference to Messiah comes in the third chapter of the very first book of the Hebrew Bible! Messianic roots go back to the writings of Moses. (see Genesis 3:15)

At present, to simply state Yeshua (Jesus) is Messiah just does not work in the face of a historical and cultural rejection. For this very reason, specific pieces of biblical data are highlighted in the various Harmony articles within the WindowView. The rejection is not simply due to historical events, because Scripture describes a veil and a stiff necked people, the Jews, who have experienced something that delays recognition, a hard hearted period, followed by a dropping of the veil and a softening of heart. Today we see a turning point where Jewish eyes and hearts are opening after centuries of closure. Messianic congregations—Jew and Gentile together—now form around the world, and in Israel too, and this is evidence of a shift of historic importance. This is a remarkable, awesome, shift that is a sign of the approaching event horizon. Crossing that horizon is a step from this existence into the Kingdom.

1 - Identify the Messiah in both the Hebrew Bible and Greek texts (i.e., the Brit Chadeshah, a.k.a. New covenant).

2 - Messiah's identity is acknowledged in the Passover in ways not always known to or recognized by Seder participants.

3 - The role of Israel in current events is required for scriptural information to make functional sense—nothing replaces this role or Israel itself.

4 - The remnant of Israel—Jewish prayers—bring Messiah to earth (this is indicated in Scripture, the associated Hebrew is: "Baruch HaBa BaShem Adonai …")

5 - Humans presently cannot outlive a material lifetime, apparently cannot coordinate a campaign to achieve a sustainable habitable planet, cannot easily detach themselves from material measures for success, because humanity is unable to save itself … but Messiah saves those who make a Step Up To Life for the next era on earth, where life is eternal, the earth is renewed, and success is in recognition of the greatest promise of all time.

Sounds fantastic and maybe too good to be true? That is why it's called the good news. But you have to look, discern, and understand the evidence for where it leads. This is logic based and not a mindless process. The window is not about blind faith, it is about seeing and understanding what the Harmony is in context with the other perspectives presented within the window.

We exist for a relationship with God—should we choose—for both Jew and Gentile, the choice is ours to make. The evidence in the Scriptures is designed specifically to make this one main point.