A Blog For Quiet Time with Him

A devotional is something written to get us thinking, meditating, and focusing on our Messiah in our life.  He is Our New Home if we find Him indwelling our being.  Our home in Him is Him in us.  We at WindowView wish to feature the new blog entitled “DevotionalsForHim.”  Terri, the author, starts the blog page with the following header: 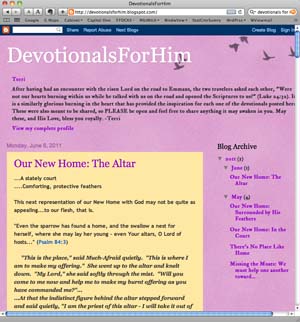 “After having had an encounter with the risen Lord on the road to Emmaus, the two travelers asked each other, “Were not our hearts burning within us while he talked with us on the road and opened the Scriptures to us?” (Luke 24:32). It is a similarly glorious burning in the heart that has provided the inspiration for each one of the devotionals posted here. These were also meant to be shared, so PLEASE be open and feel free to share anything it may awaken in you. May these, and His Love, bless you royally. -Terri”

Let’s not belabor the point, we think this is worth a look and a few deep contemplative moments here may just lift your day toward heaven!

YES, there is more evidence for the historical presence of the Messiah … and it’s found in rabbinic writings!  Absolutely worth a study!

This blog entry is based on a book that is now beyond copyright restrictions.  We offer the PDF version here at WindowView in both a ‘light version’ (smaller file size) and also as an OCR version (i.e., with text you can select).  These documents (as PDFs) can be obtained through our “Yeshua and Talmud” page.

This blog entry is the first in a series.  This adds to the most popular page in the WindowView that concerns evidence for the Messiah in relation to the time just before the destruction of the Temple in Jerusalem (ca. 30 C.E.).  You can read that article at its respective page, as we say: ‘in the Window.’

The main point we wish to highlight, in this blog series, is that unwittingly or by necessity the early rabbis had to acknowledge the life and events of Yeshua.  This fact alone attests to his historical reality.  While the book we use as a source (see text below), is written by a Gentile, yet the core of our attention here is on a Jewish writing.  And this essentially is related to Jewish writings in response to a Jewish figure … all of this  is associated with the possible or certain identity of the Jewish Messiah.  But there is in this a powerful testimony to both Jew and Gentile, from a significant Jewish source document.

Furthermore, the manner in which the rabbis deal with this figure is at times somewhat veiled or diffuse.  Might it be somewhat embarrassing to even have any acknowledgement of Yeshua by name?  Might the writers also question or wonder about the criticism or doubts they imply, state, or boast?

In some places, stated names can be related, linked, or tied to Yeshua (i.e. Jesus of Nazreth), but in other various places some effort is required. We are careful to note that in some cases this is a “stretch,” but given the context, some speculation, where warranted, is clearly recognized with equal care.  What need not be a stretch are cases where the name is clearly declared in the rabbinical writings.  And that reflects back on other less obvious references.  THIS point alone is better than archeology in that living beings penned words that live as a witness to us today!

Because the author refers to Messiah as Jesus, we wish to encourage Jewish readers to keep an open mind.  The WindowView includes other scripture based articles that clearly link the identity of Messiah to this same person, and that from the Tanach, the Hebrew Bible.

Let’s turn to the writing of Mr. Herford below.  I will not block quote a large section from the book, simply because you can obtain the source itself here.  The first section of the book is entitled “Passages Relating To Jesus,” and we will examine first the rabbinic writing and then selected quotations from Mr. Hereford.  This will be followed by our “wrap up” or commentary here on the blog.  This same material with a slightly different text appears in the Window at “Yeshua and Talmud.” 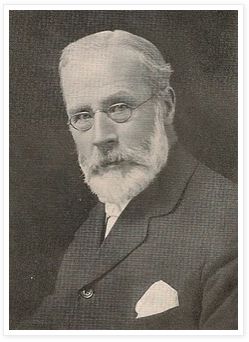 “BIRTH AND PARENTAGE OF JESUS

“(1) b. Shabbath I04. (The passage in [ ] occurs also b. Sanh. 67a.) “He who cuts upon his flesh.” It is tradition that Rabbi Eliezer said to the Wise, ‘Did not Ben Stada bring spells from Egypt in a cut which was upon his flesh?’ They said to him, ‘He was a fool, and they do not bring a proof from a fool.’ [Ben Stada is Ben Pandira. Rab Hisda said, ‘The husband was Stada, the paramour was Pandira.’  The husband was Pappos ben Jehudah, the mother was Stada. The mother was Miriam the dresser of women’s hair, as we say in Pumbeditha, ‘Such a one has been false to her husband.’]

“Commentary — The above passage occurs in a discussion upon the words in the Mishnah which forbid all kinds of writing to be done on the Sabbath. Several kinds are specified, and among them the making of marks upon the flesh. The words at the beginning of the translation are the text, so to speak, of the Mishnah which is discussed in what follows. To illustrate the practice of marking or cutting the flesh, the compilers of the Gemara introduce a tradition (Baraitha, not included in the Mishnah, see above, p. 21) according to which R. Eliezer asked the question, ‘Did not Ben Stada bring magical spells from Egypt in an incision upon his flesh?’ His argument was that as Ben Stada had done this, the practice might be allowable. The answer was that Ben Stada was a fool, and his case proved nothing. Upon the mention however of Ben Stada, a note is added to explain who that person was, and it is for the sake of this note that the passage is quoted. First I will somewhat expand the translation, which I have made as bald and literal as I could.

“Ben Stada, says the Gemara, is the same as Ben Pandira. Was he then the son of two fathers? No. Stada was the name of the husband (of his mother), Pandira the name of her paramour. This is the opinion of Rab Hisda, a Babylonian teacher of the third century (A.. D. 217-309). But that cannot be true, says the Gemara, because the husband is known to have been called Pappus ben Jehudah.  Stada must have been not the father but the mother. But how can that be, because the mother was called Miriam the dresser of women’s hair? Miriam was her proper name, concludes the Gemara, and Stada a nickname, as people say in Pumbeditha S’tath da, she has gone aside, from her husband.

“The two names Ben Stada and Ben Pandira evidently refer to the same person, and that that person is Jesus is shown clearly by the fact that we sometimes meet with the full name ‘Jeshu ben Pandira’ — thus T. Hull, ii. 23, “in the name of Jeshu ben Pandira” ; and also the fact that ‘Jeshu’ is sometimes found as a variant of ‘ Ben Stada ‘ in parallel passages — thus b. Sanh. 43a says, ” On the eve of Pesah (Passover) they hung Jeshu,” while in the same tractate, p. 67a , it is said, “Thus did they to Ben Stada in Lud, they hung him on the eve of Pesah. Ben Stada is Ben Pandira, etc.” Then follows the same note of explanation as in the passage from Shabbath which we are studying. (See below, p.79).

“There can be no reasonable doubt that the ‘Jeshu’ who is variously called Ben Stada and Ben Pandira is the historical Jesus, the founder of Christianity. It is true that the name Jeshu’a, though not common, was the name of others beside Jesus of Nazareth; and even in the New Testament (Col. iv. II) there is, mention of one Jesus is called Justus. It is also true that the Jewish commentators on the Talmud try to prove that another Jesus is referred to, who is described in various passages as having been contemporary with R. Jehoshua ben Perahjah, about a century B.C. These passages will be dealt with hereafter.  But when it is said. as in the passage referred to above (T. HuII, ii. 28), and elsewhere, that certain persons professed to be able to heal the sick in the name of “Jeshu ben Pandira,” it is impossible to doubt that the reference is to Jesus of Nazareth.

There are five additional paragraphs to follow [located on the web page at WindowView] and to the extent they do, the identify of Miriam, mother of Messiah, is discussed.  To read these paragraphs go to the WindowView page: Messiah and Talmud.

All quoted sections are from:

CHRISTIANITY IN TALMUD AND MIDRASH.

From time to time, we will add additional blog posts concerning other sections of the text from this writing by Mr. Herford.