The link in this article takes you to a PDF document.  This single page illustration demonstrates, in terms of Scripture, the bridge to Atonement.  This is particularly suited to the current Passover season.  First, the linkage in the Hebrew text identifies who is the Lamb of God; right there in the Tanach (Hebrew Bible)!  And many Gentiles have yet to really absorb the concept that Yeshua was ‘hung on the tree’ or ‘execution stake’ by the Romans at the very same time that thousands of Passover lambs were being slain in the Temple. 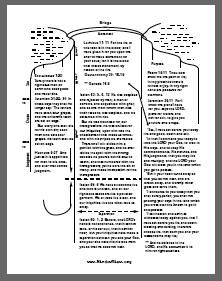 The text of Isaiah (53 and cited verses on the Bridge diagram) is the key that unlocks a mystery to many unsuspecting Jewish believers.  It’s clear that Messiah’s wounds paid a price for our transgressions.  This is like the BRIDGE that closes a gap and brings one from sin and judgement to the real purpose of grace that brings salvation.

In Temple times it took a sacrifice to cover sin for only a short time–a year.  But the ultimate sacrifice made by God Himself through Messiah is a sacrifice that covers sin not for a year but for one’s entire life.  In days when there was no longer a Temple to provide the Levitical practices, the single act of the Lamb of God dealt with the sin issue once and for all.

Come, study the Bridge and think about how you can close the gap from sin to salvation.  This is an invitation open to all Jews and Gentiles equally.

The RAPTURE will come on … WHEN?

Harold Camping is yet one more example of the desire some Christians have to see the Lord in “their day.”  The date Harold has set for the Rapture to occur is May 21.  Is it?  Two things to start.  The Bible warns against setting dates and really only acknowledges we may recognize the “season of His coming” … in other words, don’t set a date that even the Son of God does not know!  So how would any human know by their own means?    Second, in an associated post on this blog, we speculate that the Rapture may well come at an as yet unfulfilled Jewish holiday, that would be the Feast of Trumpets also known as Rosh Hashannah. 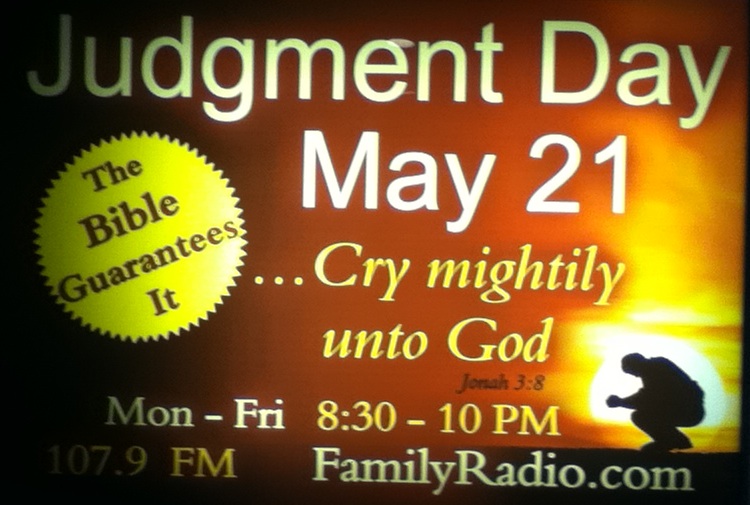 Why make that speculation?  First, because Gentile believers may miss the significance of this unless they embrace a full Messianic view.  And further, Scripture speaks to a Rapture that comes with the blast of a trumpet and a shout from the heavens.  The Feast of Trumpets has a number of trumpet blasts, not the least of which qualify as potential candidates for the ‘the last great blast’ of the schofar that brings the believing community into His presence. What is also forgotten by many, the Rapture is very likely pre-tribulational.

Why?  Well, the Feast of Trumpets comes before the “Terrible Days” or “Days of Awe” that fall between the Jewish Feast of Trumpets and the Day of Atonement.  Further, Scripture does not speak of the community of believers as on the earth during the tribulations to come.  Other believers arise during the initial times, but the body of belevers representing the Bride of Messiah are with Him and not on the planet!   It makes sense to thus make such a speculation.  But that is as far as we can suggest or take this.  Harold Camping would be commended for his courage if he were to retract his prediction which is both likely wrong and something from a human’s understanding.  Stay tuned … May 21 is just around the corner!

THE TRUTH ABOUT MAY 21
Simply put, the way things are going in the Middle East today … May 21 will be associated with harder realities than believers being raised from the Earth to meet their Messiah.  What is brewing in the Middle East is certainly ominous and telling of the larger scenario yet to be played out around and within Israel.
The real focus should be on Israel … Pray for the Peace of Jerusalem!
And WHAT if Harold is right?  Are you ready?  Can you make a Step Up To Life right now?  Take a look at the STEPS and see!
And to Harold we say … we are with you in the Spirit … be watchful for He is coming!
Director, WindowView.org
updated 040711